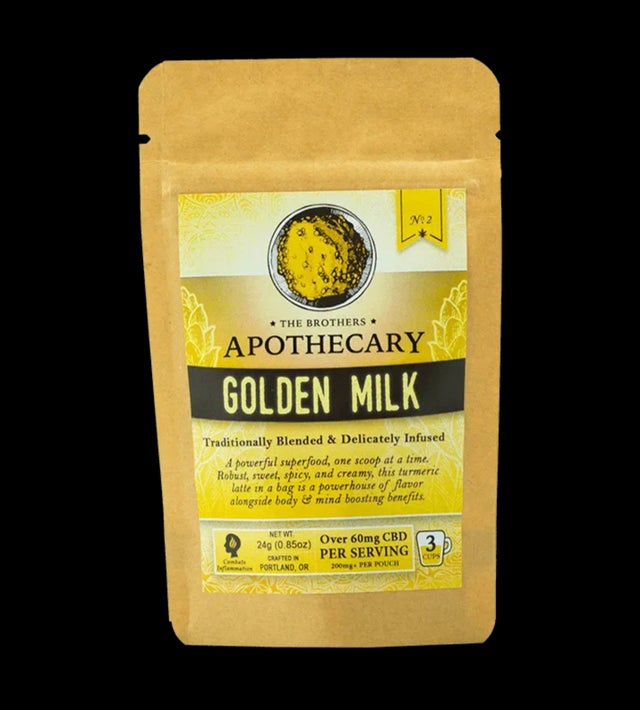 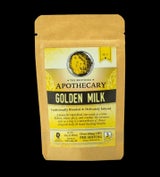 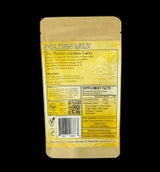 An All-New CBD Golden Milk by The Apothecary

Sold out
Add to Cart
What are the benefits of Golden Milk?Golden Milk – also known as Turmeric Milk – is a beverage with origins in India.
The key ingredient in Golden Milk is Turmeric. Turmeric contains Curcumin, an incredible bioactive compound. It has been used for centuries in Ayurvedic medicine, mostly due to its high antioxidant profile. Our Golden Milk combines a handful of other nutrient dense foods, including ginger, Himalayan pink salt, and black pepper, which greatly supports the body’s absorption of curcumin.
What does Golden Milk taste like? Golden Milk has a warm and comforting flavor. The sharpness of the drink offers a taste reminiscent of a Chai, being spicy, sweet, and full.
The Brothers Golden Milk is smooth and delicious. This is not your grandma’s traditional Golden Milk, but we think the unbeatable taste is worth the change. We do it different, blending in organic coconut, low glycemic coconut sugar, turmeric, ginger, fresh ground Vanilla beans, and an array of savory & illuminating spices.
People enjoy Golden Milk around the world, largely due to the collective health consensus regarding the benefits of Turmeric. Consumed since ancient times, Golden Milk is most simply turmeric with milk. We’ve revisited that recipe, and in addition to those newly imagined ingredients above, we’ve added an effective serving of CBD, sourced from US-grown hemp.
Note: We suggest brewing with a milk alternative, like hemp or oat milk. Any other milk will do, though, including whole or grass fed milk. We don’t suggest using water.
Tasting Notes: Warm, Earthy, Savory
When should I drink Golden Milk? Golden Milk does not contain caffeine. Enjoy it at any time of the day!
How to Make CBD Golden MilkThe Brothers Apothecary exclusively uses hemp that contains <0.3% THC and is licensed with the Department of Agriculture.
*Disclaimer •  Testing